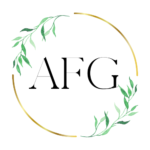 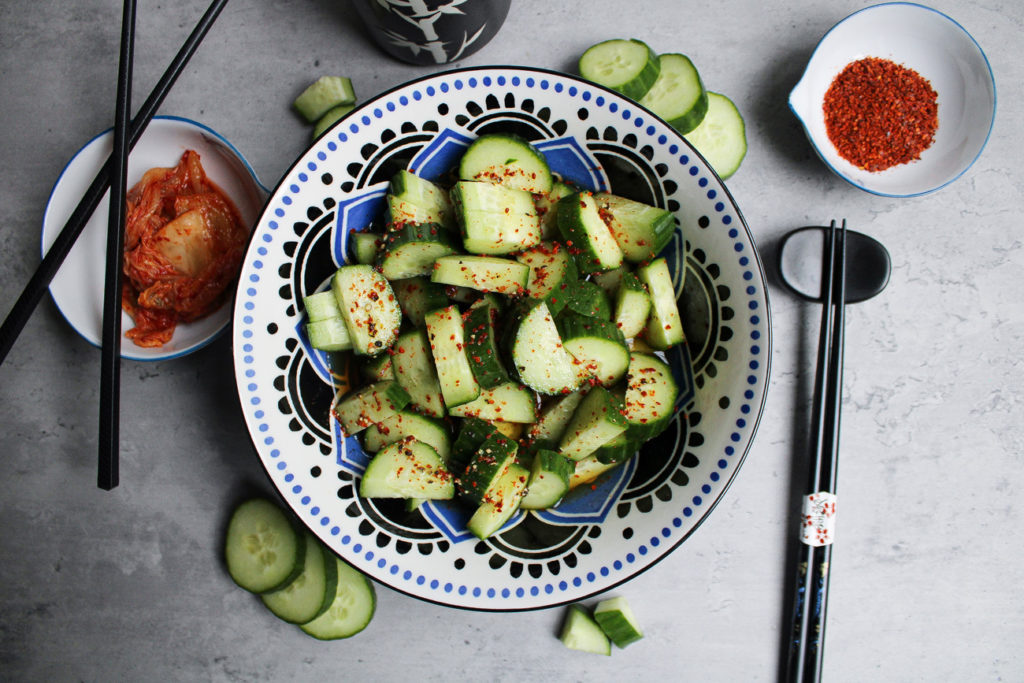 When I was growing up, my mom always made the best Korean cucumber salad recipe to go with dinner. It was one of my favorite side dishes she made, as cucumbers were one of my favorite vegetables at the time. They still are. She always called it cucumber relish and soaked raw cucumbers in rice vinegar, soy sauce, sugar, and red pepper. She would then serve it with freshly steamed white rice, kimchi, and whatever stir fry she was making that night.

I love making this Asian cucumber salad today because it reminds me of the Korean food I ate growing up, and is super nostalgic for me. Not only that, but Korean cucumber salad is super quick and easy to make. It requires no cooking and takes no more than 5 minutes to assemble. It’s chilled and ready to serve in 30 minutes.

In this spicy cucumber salad recipe, I’ll show you how to make easy Korean cucumber salad, the ingredients you’ll need, and tips to make it the best. 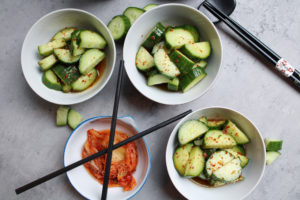 Korean Salad is a quick pickled cucumber salad that is a very popular side dish to Korean classics, like Korean BBQ and Kimchi Tofu Stew. You mix sliced raw cucumbers in a vinegar dressing with sesame oil, gochugaru, soy sauce, sugar, and rice wine vinegar.

In Korean, Oi means “cucumber”, and Muchim means “to season” or “to coat”. So, Oi Muchim literally means to season or coat cucumbers.

What are Korean Cucumbers?

Korean cucumbers can be found in your local Korean grocery store. They are longer and thinner than regular cucumbers. They are commonly used for raw salads. 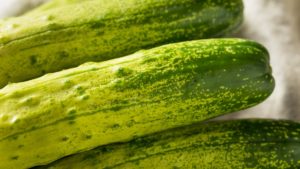 Should I Use Korean Cucumbers in This Spicy Cucumber Salad Recipe?

No, you don’t! If you don’t have easy access to Korean cucumbers, then English, Persian, and pickling cucumbers work great. When I make this recipe, I usually use English or Persian cucumbers.

Yes, Korean cucumber salad is extremely healthy for you! Cucumbers in general are full of water and fiber and help you stay hydrated and regular. They also contain high amounts of vitamin K and A, which helps with the health of your bones, vision, immune system, and reproduction. 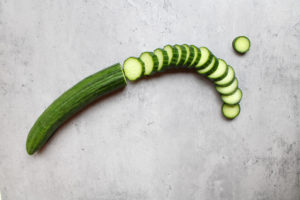 Cucumbers: Cucumbers are the star of this dish. You can use Korean cucumbers, English cucumbers, Persian or pickling cucumbers. It’s also common to use a variety of cucumbers if you want.

Rice Wine Vinegar: Rice wine vinegar will pickle the cucumber and give it that tangy, sour taste. Plus, it will slightly preserve it and make it last longer.

Salt: Salt has a couple of uses for this Korean cucumber salad. In many classic recipes, you can add salt to the raw, freshly-cut cucumbers and let them sit for 30 minutes. This will draw out the extra water from the cucumbers. After the cucumbers sit, you’ll mix the dried-out cucumbers with the vinegar mixture. In my recipe, I don’t ask you to soak the cucumbers in salt first, as that can increase the time it takes to make the salad. However, you can do it if you want. Salt is used to also bring out the flavors of the sauce ingredients, like gochugaru, sesame oil, and vinegar.

Soy Sauce: Soy sauce will add umami flavor to the salad, and add darkness of color as well.

Honey: Sugar is the classic ingredient to add sweetness to this Korean cucumber salad. However, I replace sugar with honey in this recipe to make it healthier.

Gochugaru: Gochugaru is ground Korean red peppers with a uniquely sweet, spicy, and smoky flavor. The peppers are sun-dried, de-seeded, and coarsely ground. It’s most commonly found in Korean or Asian grocery stores. You can also order it online if you don’t have Korean grocery stores near you. Gochugaru is hard to substitute, but if you must, you can replace it with red chili pepper flakes or chili powder.

Ground Black Pepper: Adding pepper will be similar to salt. It will add extra flavor and spice to the raw salad.

Sesame Oil: I love sesame oil. In this Asian cucumber salad, sesame oil will add a nutty and smoky flavor that will make it taste so much better.

Other optional ingredients you can add to this cucumber salad in vinegar are minced garlic, toasted sesame seeds, and scallions.

How to Make Asian Cucumber Salad

Cut the cucumbers: Cut 1 cucumber into 1-inch disks. Place them in a medium-sized bowl, and set aside.

Refrigerate for 30 minutes: Cover the bowl of cucumbers with plastic wrap and refrigerate for at least 30 minutes. Then serve with your favorite Korean dishes. Try my Korean Beef Rice Bowl with it! You can skip this step and serve it right away if you’re in a hurry.

Yes! This is a perfect salad for meal prep. I usually make a big batch of this and store it in the fridge for the whole week. This way, I can have it with all my meals or as a snack.

Store the salad in an air-tight container and put it in the back of the fridge to maintain maximum freshness.

How Long Will Cucumber Salad Last?

This Korean cucumber salad can last up to a week in the fridge. However, just note that more water will excrete from the cucumbers over time. So, I recommend using a slated spoon when you serve it, to get rid of the excess water and vinegar. 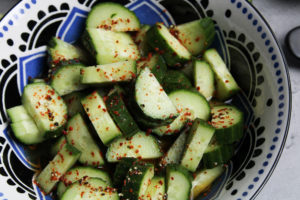 What to Serve with Asian Cucumber Salad

You can serve cucumber salad with your favorite Asian-Inspired dishes or Korean recipes. I personally love it with my Korean Beef Rice Bowl, served with freshly steamed white rice and kimchi. You can also serve it with Bibimbap, Japchae, Kimchi Tofu Stew, or Bulgogi. It’s particularly yummy with beef dishes. 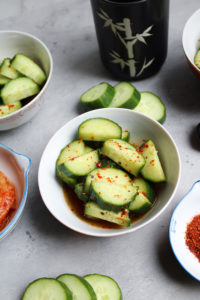 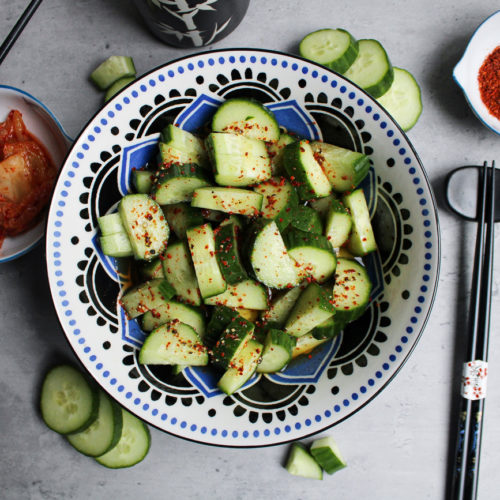 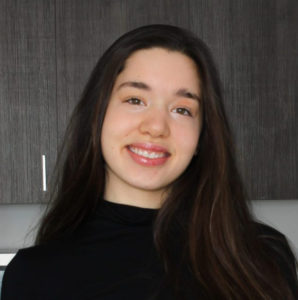 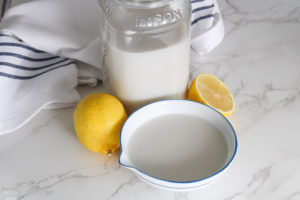 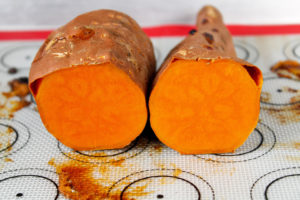 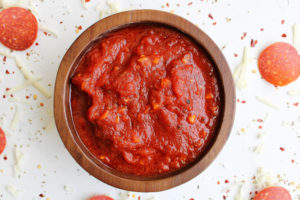 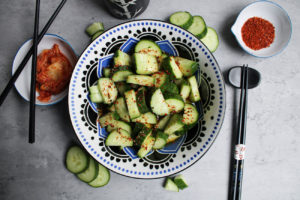 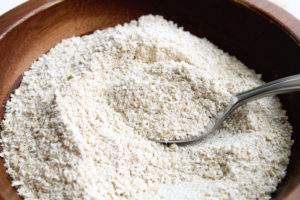 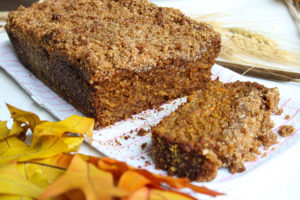 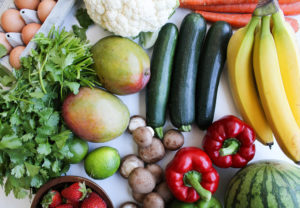 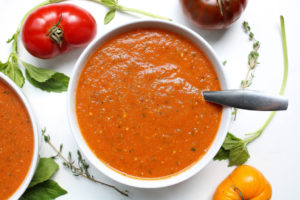 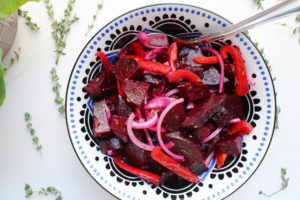 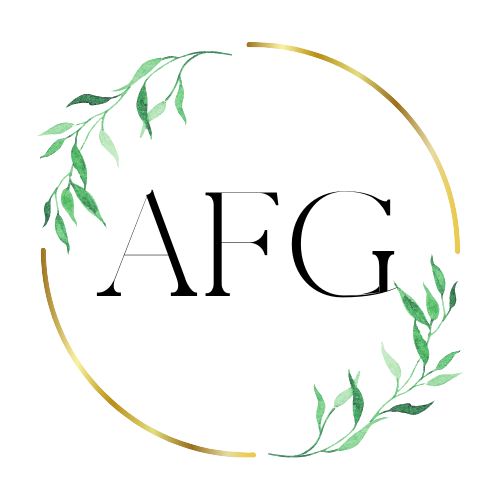